The second week of the legislative session was scheduled to be one full of floor votes and committee meetings when the legislature arrived in Montgomery on Tuesday morning, but it didn’t take long for that plan to be changed with the threat of winter weather across the state.  Both the House and Senate worked on […]

The second week of the legislative session was scheduled to be one full of floor votes and committee meetings when the legislature arrived in Montgomery on Tuesday morning, but it didn’t take long for that plan to be changed with the threat of winter weather across the state.  Both the House and Senate worked on a few bills Tuesday afternoon before adjourning and heading to hotels to wait out the ice.  However, before they left, both chambers canceled all committee meetings scheduled for Wednesday, leaving it up to the committee chairmen on whether the committee would reschedule for Thursday morning.  While some committees decided to meet Thursday morning, most did not and Wednesday was a lost committee day for the numerous bills that were slated to be heard.  While the Senate reconvened Thursday and immediately recessed in order to have those handful committee and then head home for the week, the House did come back in at 1 p.m. and worked on a dew pieces of legislation for leaving as well.

Your LSCU Advocacy Team continues to work on a number of issues that affect credit unions and credit union members.  Most notably is our efforts to pass payday lending reform in the state.  We told you about SB 139 by Sen. Arthur Orr (R-Decatur) last week and while there is no new movement on the legislation, we are encouraged by our continued conversations with members of both chambers.  In fact, we truly feel like the votes are there to pass the bill if the legislation is able to make to the floor.  Where the opposition is taking a stand is at the committee level and we are focusing our efforts right now on the Senate Banking & Insurance Committee.  This week we delivered a letter to all members of the committee asking them to support SB 138 and its measures to bring relief to consumers.  Additionally, a copy of the bill can be found here and we encourage all credit unions to contact their Senators and ask them to support SB 138.

Another piece of legislation we told you about last week, HB 90 by Rep. Kerry Rich (R-Guntersville), passed the House of Representatives late Thursday afternoon.  HB 90  brings much needed clarification to the current Right of Redemption law in the state, clearing up unintended consequences when the period was reduced to 180 days several years ago. 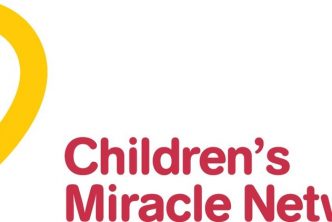 Looking for the Perfect Purse? 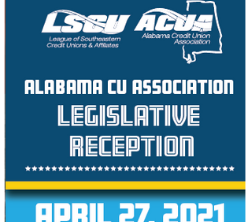 Do You Miss the Mouse? Attend SCUCE for a Chance to See Him!