As the legislature entered the fourth week of the 2018 Session, most things remained calm and both the House and Senate seem to be working well together in order to have a non-controversial session.  The schedule was packed with committee meetings on Wednesday and several agenda bills were passed on Tuesday and Thursday. Most notably […]

As the legislature entered the fourth week of the 2018 Session, most things remained calm and both the House and Senate seem to be working well together in order to have a non-controversial session.  The schedule was packed with committee meetings on Wednesday and several agenda bills were passed on Tuesday and Thursday.

Most notably of the agenda items for Republicans that passed was the Senate version of a bill to expand broadband internet access to rural Alabama.  The bill will offer incentives to companies that invest in rural Alabama and, depending on where your credit union branches are located, could be a net positive for Alabama credit unions in rural areas of the state.  The bill is expected to pass the House as well and be signed by Governor Ivey when it reaches her desk.  The main opposition to this bill are cable companies, so they may be able to pull off something to derail the momentum, but as of now, this bill is being fast tracked.

Your LSCU Advocacy Team continues to work on SB 138 by Sen. Arthur Orr relating to payday lending.  To date, advocates for this legislation have been working all members of the Alabama Senate in order to gain support and momentum in an effort to have the bill heard in committee as soon as possible.  Indications are that the bill will receive a public hearing on Wednesday of this week and could come up for a vote the next time the committee meets.

At this point, we feel the votes exist not only in the Senate Banking & Insurance Committee to pass SB 138, but the entire Senate as well.  Grassroots efforts on the bill were boosted on Thursday when a large number of supporters rallied in Montgomery for a press conference and lobby day.  During the press conference, ASE Credit Union CEO Jared Freeman spoke about credit union alternatives and what his credit union is doing to combat predatory lending.  Jared did a fantastic job representing all Alabama credit unions, and we thank him for taking the time to join the rally.  As always, a copy of the bill can be found here, and we encourage all credit unions to contact their Senators and ask them to support SB 138.

Also last week, HB 316 by Rep. Mack Butler was introduced and is a piece of legislation that makes several changes to the Alabama Credit Union Act.  The LSCU Advocacy Team worked with the Alabama Credit Union Administration on this legislation prior to the session beginning, and we are pleased that the bill was introduced and could be voted on in the House Financial Services Committee this week.  A copy of HB 316 can be found here. 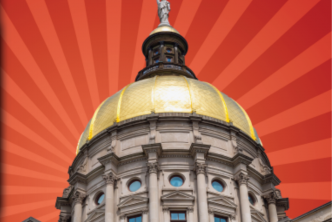 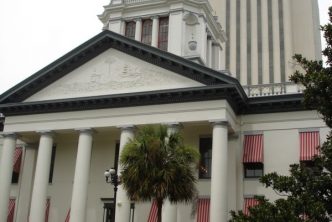 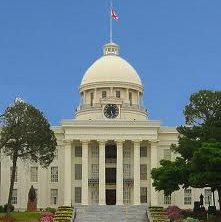