Those amendments include the Secure and Fair Enforcement (SAFE) Banking Act, which would remove federal prohibitions on serving cannabis businesses, an extension of CARES Act Central Liquidity Facility (CLF) flexibility, and provisions to support fair hiring in financial services.

LSCU was proud to work with Congressional members across Alabama, Florida, and Georgia in advancing credit union priorities as part of the NDAA package. As many of these provisions have been heavily discussed in Congressional meeting across our tri-state footprint, LSCU is grateful to our credit union advocates who have been instrumental in helping Members of Congress understand the importance of these amendments.

This legislation allows the CARES Act to increase borrowing from the CLF at NCUA, up to 16 times the amount of capital paid in (up from cap of 12 prior to the pandemic). The NDAA amendment would extend this increased borrowing through 2023.

The bill also includes support for the Fair Hiring in Banking Act, which would replace the current ban on those interested in working in the banking sector with previous minor criminal records.

The U.S. Senate is expected to take up their version of the bill in September. 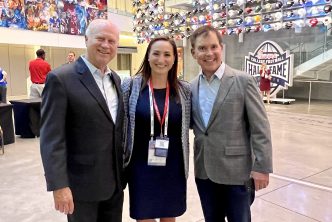