League Presidents from NCUA Region III states including Mike Mercer, Georgia Credit Union Affiliates, John McKenzie, Debbie Painter, Kentucky Credit Union League, Bob Gallman, Louisiana, Charles Elliott, Mississippi Credit Union Association, and Dan Schline, Carolinas Credit Union League along with Caroline Willard, Cornerstone Credit Union League, and I recently met with the NCUA officials in Atlanta.  I arranged the meeting for the group to not only discuss current issues of importance, but also to begin building relationships with Region IV leadership since all our states will be transitioning over to their oversight come January 2019.

This was an informative meeting in which we discussed a wide range of topics.  Below are highlights of our conversations:

Regional consolidation:  Based on position, about seven to eight Region III staff will move to Austin, Texas. With the consolidation of the NCUA regions Region IV (Austin) will be known as the “Central Region”.  The Agency will provide 14 field supervisors for the 13 states in the Central Region.  Alabama will have one supervisor and Florida will have several in the current plan. For the most part, it should be business as usual for credit unions.  All positions that are being eliminated will be through attrition.  Communication on this transition from the agency should be going out to credit unions sometime in September.

As part of the consolidation of regions, Myra will transition to Special Assistant to NCUA Executive Director Mark Treichel, moving to the Washington, D.C. office by mid-2019.

Risk Based Capital Rule:  A one-year extension has been proposed to extend the regulation to January 1, 2020.  A 30-day comment period is now on the proposed changes which includes increasing the definition of credit unions included in the rule from $100M to $500M and above.  Currently this affects about 200 credit unions and under the new rule, 90% of all credit unions would be exempt.

Exam Flexibility: With the recent change, exam schedules are running at about 14 months for Camel 1-2 credit unions and are expected to go to about 16 months next year.  Annual exams will continue to be required for Camel 3, 4, 5 credit unions.

A pilot program will be conducted next year working with select credit union state regulatory agencies. Florida is included in the program, which will utilize an alternating exam process whereby the NCUA will do the exam with the state agency accepting its findings.  The next year the state will take the lead with the Feds accepting their findings.  Under state law, some states don’t have the ability to accept NCUA’s work for SCUs.

Virtual Examinations:  The NCUA is currently conducting a pilot program testing virtual examinations. Based on these results, its believed that about 30-35 percent of an exam can be performed offsite.  A soft rollout for remote examinations is expected by the beginning of next year.

CECL: Despite what you might have heard, CECL is not going away.  However, FASB has pushed back implementation to January 1, 2022.  Guidance will be coming to credit unions in the form of a letter, which is currently under NCUA management review.  The critical key message is for credit unions to start collecting data now. According to the agency, for most credit unions this can be done on a spreadsheet.  Implementation plans need to be cross functional across the entire credit union and there needs to be an Asset Liability Management (ALM) team in place for implementing CECL.

Cybersecurity: This was the first year of examinations are being conducting using an automated cybersecurity tool.  The assessment tool has five levels and regulators are focusing on the largest, most complex credit unions for identifying industry-wide gaps.

Enterprise Risk Management: Currently, the rule only applies to corporate credit unions.  In 2013, NCUA issued a supervisory letter to examiners.  Every credit union needs to have ERM program/policy in place.  However natural person credit unions should not expect a rule on this anytime soon.

FOM2 Rule:  In June, NCUA board approved changes to its FOM rule.  Nothing new to report on the ABA appeal.

Cannabis Banking: NCUA has not changed its guidance to credit unions regarding this issue.  Credit unions banking this industry should have a heightened due diligence approach.  FICEN is supposed to be coming out with new guidance soon.

As always, if you have any questions on any of these discussion items, please feel free to contact me. 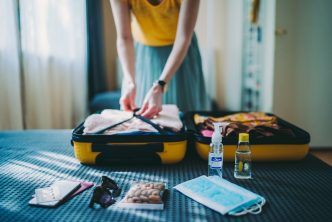 SCUCE Know Before You Go – This is IMPORTANT…

SCUCE Silent Auction: Need to mix it up?