By John Lanza of Snigglezoo
and Shari Storm of Category 6

During the LSCU’s Southeast Leadership Development Conference on Nov. 5, information was gathered from a panel of participants and analyzed by presenters. The information that session yielded offers special insight for credit unions.

Banking & Money
Of the four panelists, three had bank accounts. Only one had a credit union account. All had opened their initial accounts because their parents belonged to the same institutions. They were all seemingly content with their current institutions.

Money did not seem to be too stressful a subject, although Breanna and Garry mentioned that they were mindful of the costs of the colleges they were attending. Neither was taking on any significant debt.

When asked what they dreamed about spending their money on, the answers were all practical. For example, Jakari wanted to upgrade his baseball equipment. One panelist, Garry, was the most financially savvy of the group. He mentioned that he uses Venmo and Robinhood.

Credit Union Perception
The panelists didn’t fully understand the benefits or even the basics of a credit union. There was mention that credit unions “provide the best APRs” and have competitive loan rates. None understood that they provided financial education and are member-owned. There was general confusion that credit unions’ primary purpose was to help members with credit.

The general feeling towards credit unions appeared to be neutral.

Investing
Garry’s family had started his money education from a young age. He mentioned discussing money and investing with his uncle and father. He invests with Robinhood. We didn’t discuss this, but Robinhood is embroiled in controversy.

There was widespread involvement or interest in investing amongst all of the panelists. One of the younger panelists, Olivia, mentioned that this mystified her, and she wanted to learn more about it.

Social Media & Connecting with Gen-Z
All panelists mentioned using Instagram and YouTube. The younger two mentioned TikTok. Jakari noted that he just joined TikTok because one of his friends is “TikTok famous.” The older panelist, Breanna, said she is on Facebook.

Panelists mentioned that an effective way to reach them would be through informative YouTube videos or even compelling YouTube ads. Instagram was also mentioned as another place where they could be reached effectively.

Insights from Other Panels
We have hosted panels of young people, ranging in age from 14 to 22 years old, from Washington, California, South Dakota, Wisconsin and Indiana. Other takeaways from these panels include:
●  Almost all of the panelists stated they bank where their parents told them to.
●  About half of the panelists use Venmo or Paypal to exchange money with friends and family.
●  One in four panelists uses Robinhood for small dollar investing.
●  Roughly one-fourth of panelists can accurately describe what a credit union is .
●  Only one panelist had a negative impression of credit unions (based on his roommate’s experience with a transactional problem). Most panelists were neutral on their views of credit unions. About one quarter thought credit unions were better because they help people with their credit and probably grant loans to people who couldn’t typically qualify for one.
●  Not surprisingly, every panelist has been active in social media. In order of popularity, social media platforms rank Instagram, Snapchat, TikTok and Facebook. The younger the panelist, the more likely they are to be on TikTok. Only the older panelists are on Facebook, except for one panelist who said she needed to be on Facebook “to communicate with old people.”
●  When asked which social media sites credit unions should be active on, most panelists say YouTube or Instagram. Several other panelists have warned us that TikTok would not be an appropriate platform for credit unions.
●  All panelists between the ages of 18 and 22 said that paying for college is one of their top priorities, even when they were not currently attending college.
●  Most of the panelists who were over the ages of 17 had some sort of job. Jobs of panelists have included: dog sitter, YMCA counselor, restaurant workers, coach, driving for Door Dash, and babysitting.
●  Most of the panelists receive some sort of allowance from their parents.
●  The panelists were equally divided in terms of receiving financial education at their
school. One panelist mentioned that he attended a “Budget Like a Baller” class in his
first quarter of college. It was offered on campus by a credit card company.
●  One panelist from Indiana mentioned that she would embrace “Van Life” upon graduating from college and live a minimalist lifestyle. The other three panelists knew about the nomad lifestyle choice, and all three indicated that they perceived this choice to be a good one, and they felt favorable to the concept of minimalist living.

More Information on The Young Consumer Market
Lazily named Gen Z, this cohort was born between 1996 and 2010. With over 72 million people, they account for 27% of the American population. The generation following Gen Z is tentatively called Gen Alpha and is expected to grow to 43 million by 2026. Generation Z will soon become the most pivotal generation to the future of retail, and many will have huge spending power by 2026. To capture a piece of this growing cohort, retailers and brands need to start establishing relationships with Gen Zers now.

According to American Banker, one-fifth of Gen Z have had a savings account since before they were 10 years old. 48% of them have some type of payment app on their phones. They hold $40 billion in purchasing power in the United States.

Many financial institutions want to be there when a young person is ready to open their first credit card or get their first car loan. Consumers in the early stages of adulthood can be extremely profitable and presumably result in many more years of relational banking. But waiting until a consumer is a teen will probably result in your credit union losing the opportunity to serve them.

Jim McNeal, a retired professor of marketing at Texas A&M University who heads a youth marketing consultancy called McNeal & Kids, says American children become “brandconscious” at about 24 months, and by 36-42 months, they make the connection that a brand can say something about their personalities—they are strong or cool or smart. “They have learned brand names from Mom and TV, and use them to identify products that they like,” says McNeal.

Beyond the most obvious financial viability considerations lies a more nuanced yet important reason to court very young members. Those young consumers are the canary in the proverbial coal mine. They hold the key to how you will be doing business in the next 10 to 20 years.

As Rob Brezsny put it, “ If you are over 45 and don’t have an under-30 mentor – mentor, not mentee – you are going to miss fundamental shifts in thinking that are happening right now.” Studying this group is the best way for you to make your long-term strategic plans. The fight for young members is a fierce one and usually won when a consumer is not yet
10-years-old.

If you are interested in learning the Top 10 things your credit union can do to capture the hearts and minds of young consumers, please contact John Lanza or Shari Storm for a free copy of our white paper titled: Young Members are Critical to the Success of Any Financial Institution. Is Your Credit Union Doing Enough to Capture the Hearts and Minds of Today’s Youth? The Top 10 Things You Should Be Doing Right Now. 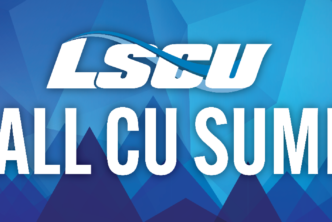 Registration is Now Open for the Small Credit Union Summit 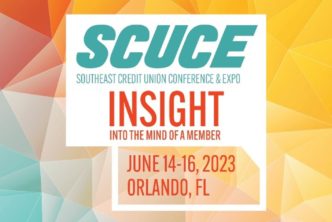 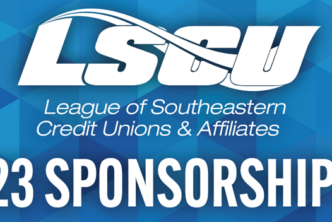