The final session of classes are underway for the National Credit Union Foundation’s intense educational program that teaches credit union philosophy — but that doesn’t mean it’s too late to consider this educational opportunity at your credit union. The latest class of the NCUF’s Development Education Program launched Wednesday, Nov. 6 and will wrap up […]

The final session of classes are underway for the National Credit Union Foundation’s intense educational program that teaches credit union philosophy — but that doesn’t mean it’s too late to consider this educational opportunity at your credit union.

The latest class of the NCUF’s Development Education Program launched Wednesday, Nov. 6 and will wrap up Tuesday, Nov. 12. That’s the last session for the year; but registration for next year’s sessions open Jan. 7, 2020.

Kristen Patton, senior vice president of marketing at Peach State Federal Credit Union, said it’s an opportunity she encourages credit unions to look into, despite the commitment of both time and money. Patton graduated from DE in 2016, and credits the program with expanding her view of the industry.

“When you’re in a certain industry for so long, there is the potential to get stuck in a little bubble,” Patton said. “When you leave your credit union for a bit and get the chance to interact with your peers, you gain a different perspective of your credit union.”

Patton said that difference in outlook helped her realize that, at the time, Peach State could have been doing a better job listening to and telling their members’ stories. She came home inspired and developed a marketing plan for 2017 based on this new perspective.

“I think it’s very important for every credit union employee to understand the ‘why,'” Patton said. “Learning how to do your job, that’s one thing. But once you understand why credit unions exist and why we do what we do — that put everything into focus. You understand how you personally can have a profound impact on members.”

Peach State isn’t the only LSCU credit union sold on the DE program. In fact, this quarter’s DE class of 47 features students from both Suncoast Credit Union and from the LSCU & Affiliates’ staff. Maggie Wolff, program manager at NCUF, said she’s come to expect to see at least a few faces from Alabama, Florida and Georgia at each DE session. Off the bat, she said she remembers participation from Tallahassee-Leon Federal Credit Union, SRP Federal Credit Union and Peach State this past year alone.

Next year’s DE training sessions will be held in March, May, September and November. Click here for more information or to register.

Join us for a Multicultural Webinar 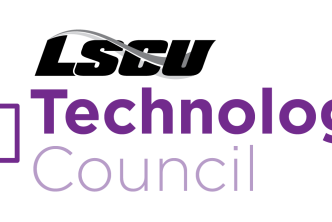 Save the Date for the Technology Council Meeting 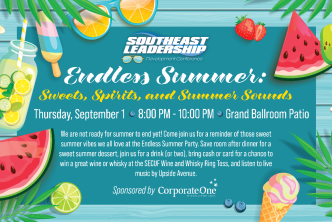 Join us at the Endless Summer Party at SLDC