For credit unions looking at increasing their auto loan inventory, it’s interesting to know that the average interest rate for a new vehicle loan fell for the third month in a row in December, dropping to its lowest point since February 2018. The annual percentage rate (APR) on new financed vehicles averaged 5.4% in December, compared to 5.5% in November and 5.9% in December of 2018. Data by Edmunds reveals that 22.4% of shoppers who financed their vehicle purchases in December 2019 got an interest rate below 3%, compared to 20.4% of those who financed purchases in December 2018.

“Automakers and dealers gave new car buyers a lot of reasons to feel some holiday cheer in December,” said Jessica Caldwell, executive director of insights at Edmunds. “Everyone knows new car deals are usually sweetest at the end of the year, but it’s been a long time since financing offers were this good.”

Although interest rates took a dip, new vehicle prices are expected to hit near-record highs in December. Edmunds data reveals that the average transaction price for a new vehicle was expected to climb to $38,377 in December, compared to $37,260 last year and $33,773 five years ago.

“The December numbers aren’t always indicative of larger market trends because people tend to buy pricey luxury vehicles, trucks and SUVs this time of year. This drives up the average transaction price and lowers the average APR since these shoppers can usually qualify for the lowest promotional rates,” said Jessica Caldwell, executive director of insights at Edmunds. “But the fact that rates have been on a steady decline for the last several months bodes well for more favorable financing conditions in 2020.”

LEVERAGE and DELUXE Are Changing the Way Business Gets Done 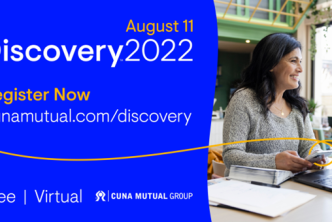