Not having flood insurance can leave CUs and members underwater

By Joseph Luedke Senior Consultant – CUNA Mutual Group According to the Federal Emergency Management Agency, flooding is the most frequent and costliest natural disaster in the United States. Despite this, and frightening statistics such as the fact that as little as one inch of water in an average-sized residence can cause more than $25,000 […]

According to the Federal Emergency Management Agency, flooding is the most frequent and costliest natural disaster in the United States. Despite this, and frightening statistics such as the fact that as little as one inch of water in an average-sized residence can cause more than $25,000 in damage, people outside Special Flood Hazard Areas are not protecting themselves by purchasing flood insurance. This “coverage gap,” as FEMA calls it, can have devastating effects for credit unions and their members, as post-natural disaster flooding can leave them both literally and figuratively underwater.

Take Hurricane Harvey in 2017 for example. Harvey resulted in $17 billion in damages covered by insurance and $40 billion in losses that were uninsured with the average claim payment under the National Flood Insurance Program being $110,000. Given that 40 percent of Americans can’t cover an unexpected $400 expense, consumers are gambling with their financial wellbeing. Likewise, credit unions risk facing significant mortgage charge-offs following a catastrophic natural disaster.

However, it isn’t only members’ homes that can be impacted by flooding. According to FEMA, almost 40 percent of small businesses never reopen their doors following a disaster because of the high costs associated with flood damage, with the average commercial flood claim amounting to just more than $85,000. Losing businesses can permanently stunt the revival of a community and create significant risks for credit unions making small business loans.

To address this issue, FEMA is on a mission to set the record straight around flood myths and misconceptions and protect more people from disaster. Most notably is addressing the myth that homeowners are not eligible to purchase flood insurance if they are not in a designated floodplain.

Recently, FEMA announced its ambitious “Moonshot” project to double the number of properties covered by 2023. To achieve this, FEMA is reaching out to various state and federal agencies, academia, the private-sector and others with tools and resources that make it easy to communicate the crucial role insurance plays in disaster recovery.

CUNA Mutual Group, whose purpose is to “help people achieve financial security” believes the credit union industry is uniquely situated in the marketplace to help bridge the insurance gap. That’s why we have partnered with FEMA to help make these “Moonshot” resources easily and readily accessible to credit unions to share with their members. We have created a website landing page dedicated to flood protection.

Today’s the Day to Show Your Love for Credit Unions

Show Your Love for Credit Unions on #ilovemycreditunion Day 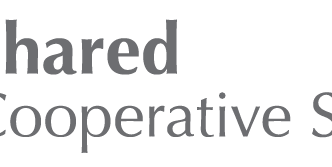 We can’t predict Mother Nature, but we can provide piece of mind with undisrupted access nationwide.