eCO Credit Union raises more than $50,000 for Children’s of Alabama

eCO Credit Union, based in Birmingham, Ala., prioritizes making the communities it serves even better. One way eCO supports the community each year is through the Change for Children’s fundraiser to benefit Children’s of Alabama. In its 10th year of fundraising, eCO raised more than ever before to support the only free-standing children’s hospital in the state.

From Sept. 9 through Oct. 23, eCO Credit Union worked with members, schools, vendors and the community to raise money for Children’s of Alabama. From filling up Change for Children’s cans, buying T-shirts and donating through an online platform, people from the community came together and the funds added up quickly. eCO also received a $10,000 Miracle Match from CO-OP. At the end of the fundraiser, eCO donated $51,000 to Children’s of Alabama. The donated funds will help support the hospital’s biggest needs at the time, often including initiatives to help support patient-centered care.

“As eCO went into the 10th year of fundraising for Children’s of Alabama, we knew we wanted to take our campaign to the next level,” said Joey Hand, eCO CEO. “Our employees and members truly believe in the cause, and it shows through the fundraising efforts each year. I’m proud to see the commitment continue and grow, as we support the hospital that means so much to families throughout Birmingham and Alabama.”

Employees and their families celebrated the successful fundraiser and presented the check to Children’s of Alabama at Urban Cookhouse in Birmingham, Ala., on Oct. 24.

The community joined together in celebrating with Everglades Federal Credit Union in Clewiston, FLa., when they held an Oct. 24 ribbon cutting and grand reopening of a branch that recently underwent an addition and complete remodel to better serve members. All members and guests who visited the branch that day were entered for an hourly raffle beginning at 10 a.m. ET and concluding with a 4 p.m. drawing. Each winner was awarded a prize valued at $50.

The credit union also served breakfast, lunch, snacks and drinks throughout the celebratory day as they emphasized their “People Helping People” message.

On Oct. 26, credit union employees and members joined the community in supporting the Pink Warriors Walk to fight breast cancer.

Georgia United Credit Union team members from its Dalton, Ga., branches partnered with Dalton’s Greater Works to feed the community. The team showed commitment to the deep-rooted credit union philosophy of “People Helping People” and to “Moving Our Communities Forward” by lending voluntary support outside of work hours to positively impact the quality of life within the communities they serve.

Founded in June of 1996, Dalton’s Greater Works has evolved from serving just four men from to having six volunteers cooking breakfast and providing 50-60 men and women with showers, clean clothing to those in need, and a couple meals a week in its new facility.

The August Consider This Content Toolkit is Now Available 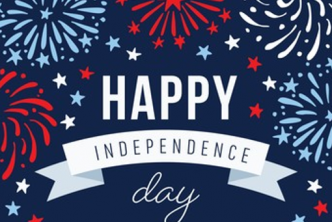