The Southeast Credit Union Conference & Expo (SCUCE) wrapped up Friday with two great speakers, more education, the silent auction, and LSCU & Affiliates awards. The Closing General Session featured NCUA Board Member Mark McWatters and former Harley executive Ken Schmidt. The SCUCE had more than 1,100 attendees, which is a record for the event. […]

The Southeast Credit Union Conference & Expo (SCUCE) wrapped up Friday with two great speakers, more education, the silent auction, and LSCU & Affiliates awards. The Closing General Session featured NCUA Board Member Mark McWatters and former Harley executive Ken Schmidt. The SCUCE had more than 1,100 attendees, which is a record for the event. Many said that this year was the best conference yet.

In the Closing Session, McWatters provided insight into how he goes about voting for proposals at the NCUA. He says he always wants the best ideas to prevail and they are not always his idea. On three occasions, he held up the Federal Credit Union Act and quoted the powers from it. He said that the act is pretty clear on what the NCUA can do with ideas like risk-based capital (RBC) and field of membership. He said the act clearly says that the NCUA can regulate credit unions to be adequately capitalized. He pointed out that the act does not say anything about a two-tiered system. He ended by saying he believes in debate and hearing from those that would be affected by the proposals. He asked credit unions to keep sending in comments and feedback.

Schmidt rode up on stage on a Harley for a grand entrance. His one-hour presentation was a big hit with attendees. He said the key to any business involves three things: What do they say about you? What do you want them to say? How do you get them to say it? He also challenged credit unions to find a way to define what they do in 15 seconds without using words their competitors use. He said when a consumer is led to believe in a product, they are a stronger believer. Knee jerk reactions, he says, are a company’s default reaction and will always cause more problems. His biggest reaction came when he brought up the websites from 10 financial institutions in Hershey, PA. Nearly all of them had the same look and color palate. He asked, “How do you differentiate from the competition?” His advice centered on what Harley did, “Make your members passionate advocates for your credit union.”

The night ended with the dinner, entertainment, awards, and silent auction. The following awards were given:

The silent auction was very successful with 25 tables of items. The final number raised for the LSCU FedPAC and a Children’s Miracle Network match from LEVERAGE will be just about $22,000. A record amount.

To see pictures and more from the SCUCE, check out the League’s Facebook and Twitter feeds. Search #SCUCE15. Also, join Periscope and follow the League to see more streamed video from the SCUCE. 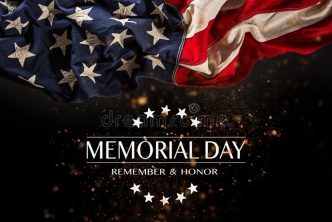 In Observance of Memorial Day from LSCU

Become a Sponsor for SLDC Today 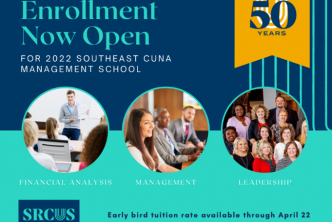 The Southeast CUNA Management School is Less Than Three Weeks Away 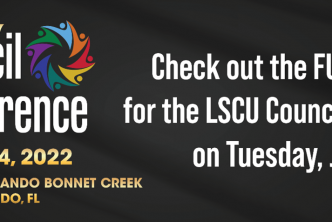 The Full Agenda for the Council Conference is Available Now