This is part 4 of a 4-part series on LSCU’s CUNA Award winners.

VyStar’s program includes 16 high school branches, which operate an average of 60 to 90 minutes a day, five days per week. These branches have approximately $3.82 million in deposits and more than 6,800 members – but member and deposit growth aren’t the point, according to VyStar’s application for the award.

“Through these programs, we are helping students with one of life’s most formidable concepts – money,” according to the award application. “Students running these branches develop and benefit from the skills needed to enter the professional arena right out of high school. Many are able to secure part-time and/or full-time employment after graduation and while attending college.”

The credit union itself has even employed several students who have participated in the High School Branch program.

The program began as an experiment during the 2006-2007 school year. Michael said organizers took the pilot on through the career academy program at a local school – knowing they would have to work out kinks as they emerged.

“When we decided to pursue the first partnership, we were learning as we went along,” he said. “It was the right thing to do for that school at that time. We started with 12 students at one school, and we were seeing the success of it from all sides – not just for VyStar but the community as a whole and the students, specifically. We have learned the need is greater than those (organizations) that are willing to establish these partnerships.”

After a few years of operation, the partnership was successful enough to warrant VyStar supporting additional branches. By the time the Michael came on board, the credit union was operating four branches in three Florida school districts.

But Michael wasn’t initially hired to head up the high school branch initiative.

“VyStar decided we needed a dedicated resource to work with schools specifically, and I was chosen to be the first to oversee the department back in 2012,” he said. “We gave ourselves 24 months to see if there was value in dedicating a position to the high school branch program.”

After that 24-month period – during which Michael led one of the first initiatives to build financial education training – the need for a coordinator over the high school branch project became evident. Michael was hired as the project’s coordinator.

“We took our partnership to another level,” he said. “We began providing the much-needed and highly valued financial education training in the end of 2012 and continued to open school branches each year thereafter.”

As the number of high school branches grew, the credit union began hiring more coordinators. Eventually, Michael’s position morphed from coordinator to manager – and then to vice president of the program.

Today, what began as a project has become a program of tremendous scope.

“It’s a lot for people to digest when they understand we have about 192 student intern positions this year,” Michael said. “That’s about 13% of our total employee base.”

Five full-time VyStar employees run the High School Branch Program. That’s in addition to support from the credit union to help with marketing, operations, security, internal auditing, risk management and IT. The financial investment from VyStar is estimated at 18,000 paid employee hours per year, not including paying interns during the summer while they train.

But Michael said all that time and money becomes worthwhile when he sees students begin to exercise new critical thinking muscles. In high school, they learn concepts with clear right and wrong answers, including historical dates, math formulas and sentence structures. But running a branch, students have the ability to learn values-based leadership and decision-making skills.

“In business, it’s not always black and white or right and wrong – it’s about making the best decisions with the information they have available,” Michael said. “For instance, when holding a check, they ask, ‘Do I or don’t I?’ They don’t like to hear, ‘It depends.’ You have to look at all of the other factors to determine whether to hold it and make the decision based on what’s best. They get frustrated sometimes, but there’s so much value in hands on learning. We help them navigate the gap.”

Through this style of learning, Michael said the students develop skills they can use no matter what paths their futures take.

“We hold them accountable, as we do all team members, for VyStar’s seven core values. These are not sayings, but ideals we strive for: integrity, trust, respect, caring, courage, dedication and loyalty,” Michael said. “I was very impressed with the level of desire and capacity of the students who joined our program. They really do want to make the most of their future and learn as much as they can. They are eager to take on the world, and they are sharp.” 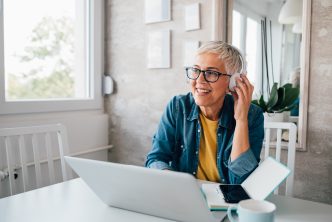 Common Cents – We all need more! 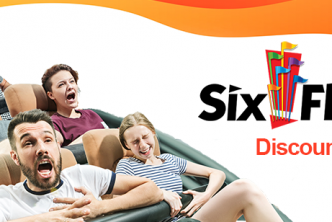 Ready for some fun? Let’s go to Six Flags Over Georgia/White Water Atlanta!

Tax Day for individuals extended to May 17: But what if members need more time? 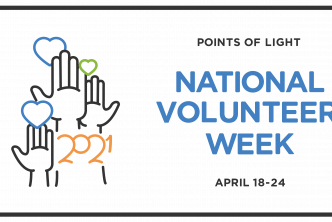