This is part 1 of a 4-part series giving in-depth information on LSCU’s CUNA Award winners.

A low credit score isn’t just a financial stigma, it’s also a costly burden for individuals attempting to get back on their feet or simply find a mode of transport and make ends meet. Realizing that people are being severely penalized based on sub-par scores, Associated Credit Union set about giving its members an opportunity to save money and elevate those three digits that tend to define credit terms.

To help membership afford life and rebuild their credit, ACU created the Rate Reward Auto Loan Program, which offers applicants with a credit score below 670 the opportunity to lower their interest rate by three percent by making on-time consecutive payments over the course of 36 months. The program has been instrumental in getting people back on the right track and reducing overdrafts and unpaid bills.

The program garnered ACU second place in the Louise Herring category for credit unions with more than $1 billion in assets. The honor recognizes a credit union for its practical application of credit union philosophy within the actual operation of the credit union and is awarded for internal programs and services that benefit membership.

“It was so exciting to win this award,” said Rachael Jernigan, public relations and Foundation coordinator at Associated Credit Union. “This is program that genuinely helps people, and we are being recognized for doing something good. It’s not just a money maker, and that makes it so much more impactful. We are doing this to help people afford life.”

Rachael said the credit union was inspired to begin the program after seeing how many people were denied loans due to low credit scores. As the program developed, it was clear the concept was about investing in people in a win-win way.

“It is a mutually beneficial situation,” she said. “We are building this relationship, and we have trust. We hope these members will come back to us when they want a mortgage or credit card because we have established this relationship.”

ACU featured one member, Alex, in a video illustrating what a tremendous impact the program has. He had purchased an auto with an exorbitant interest rate through a dealership. When he learned about the Rate Reward Auto Loan Program from a friend at his gym, the credit union was able to cut his rate by more than 50 percent.

“He was young, and he hadn’t built credit yet,” Rachael said. “Now that we have him on the rate reward program, he can build credit and save money. It’s pretty cool to hear this first-time experience and to know someone was being taken advantage of and now we can not only lower his rate, but can continue to lower the rate over the next few years. If you’re coming in with a 17% auto loan, I can’t imagine what that payment looks like.”

The “reward” is a 1% rate drop for the following year. When members continue to make on-time payments for 12 consecutive months, they are rewarded with another 1% drop in their interest rate. Once they have reached 36 months of on-time consecutive payments, loan is locked into a final rate, which is 3% lower than the start rate.

“The Rate Rewards program is a solution for our members with less than perfect credit to help them start with a rate that is affordable, reward on-time payments and ultimately help them improve their credit, which puts them back in a position to gain access to future credit at much better interest rates.” said Chad Evans, ACU SVP of Lending.

By the time members go through the program with on-time payments, they could be looking at 4% or 5% loans, a drastic savings that enables them to pay other bills and helps break the cycle of debt.

“Our CEO always emphasizes the three pillars of a credit union – members, employees and community,” Rachael said. “His idea is that if one of those things isn’t working, we won’t be successful as a credit union. We focus on helping people afford life, and he’s very encouraging of that. We can’t be successful unless we are helping our members and being cohesive.”

Rachael, who began her relationship with credit unions as a child when she opened a cub account, said it’s rewarding to be part of an industry that actually wants to help people get lower rates.

“That’s not something you can say for all businesses,” she said. “Our member is at top-of-mind instead of money. Their well-being is what we are concerned about.”

When she explains the program to others, even credit union professionals, she often gets a surprised reaction that ACU is taking a chance on members with lower credit scores. Many people are all too familiar with the unfortunate tale of the downward spiral into bad credit. Whether a credit score dropped due to poor financial choices as a youth, a messy divorce or from long unpaid bills due to an accident, the rates for lending are just unaffordable.

“It’s a difficult situation for these individuals,” she said. “When you do have a lower score, other institutions treat you differently,” she said. “We don’t know their back story. They could have gotten in a bad situation due to medical bills or other factors. We want to be sure to treat these members the same as everybody else.”

Since the program began in 2011, ACU has been able to help thousands of people receive lowered interest rates, saving members in excess of $100,000 annually in interest. Approximately 800 members are part of the Rate Reward Program with open loans, equaling about $7,299,645.05 in loans – with an original balance of $14,069,193.76. The current average loan interest rate is 5.71% APR, and the original loan interest rate was 7.04% APR.

Already the higher risk loans are bringing business back to the credit union as several members have completed the program and returned to ACU for their next auto purchase.

“We felt that it was our credit union duty to give these people a chance, and it has definitely benefited long-term. Credit has been rebuilt, relationships have been made, and members lives have been changed.”

See more about the program here.

Tax Day for individuals extended to May 17: But what if members need more time?

CUDE: Empowering the Credit Union Industry, One Class at a Time 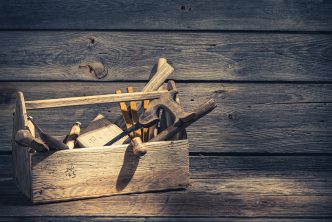 Don’t forget to use your April Consider This Content Toolkit! 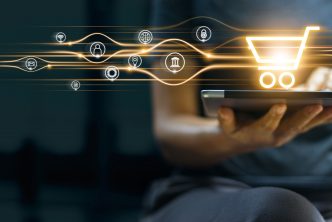