AACFCU donates $100,000 to The Ark Dothan in ‘Christmas miracle’

Christmas came early for one local nonprofit ministry in the Wiregrass when Army Aviation Center Federal Credit Union (AACFCU) presented The Ark Dothan with a $100,000 check. The faith-based organization was selected as the recipient of the first such grant ever given by AACFCU’s Helping Hands Foundation, which was established in 2016 for the purpose […]

Christmas came early for one local nonprofit ministry in the Wiregrass when Army Aviation Center Federal Credit Union (AACFCU) presented The Ark Dothan with a $100,000 check. The faith-based organization was selected as the recipient of the first such grant ever given by AACFCU’s Helping Hands Foundation, which was established in 2016 for the purpose of giving back to the community. See an interview on a Dothan ABC network affiliate here.

Bobby Michael, president/CEO of AACFCU said, “When developing this project, one of our objectives was to provide funds to an organization whose dreams exceed their existing capital.  Through a lengthy application and interview process, The Ark Dothan has displayed a proven record of creating positive change in our community along with a demonstrated ability to serve as good stewards of the money they will be receiving.”

The Ark Dothan Executive Director Dr. Jeff Peacock likened the generous grant to a Christmas miracle. “Last May, we began the construction of 21 transitional apartments in faith. We entered the process knowing we would need additional support along the way, but didn’t know where the funds would come from.  We literally prayed for God’s provision and feel incredibly blessed to be selected as Army Aviation Center Federal Credit Union’s grant winner.  With these funds, we’ll be able to grow our Transformational Program and maximize our ability to serve, feed and house those in need.”

In 2018, AACFCU’s Board of Directors made a commitment to donate $100,000 to enhance the lives of others in a way that exemplifies the credit union philosophy of “People Helping People.”  During the last decade, the credit union has given away more than $500,000 to local charities, with many of the funds provided from employee fundraisers.

The Ark Dothan has been in existence since 2000 and has expanded its services to include a Men’s Program, Women’s Program, Food Program, and a Thrift Store.  The 12-month Transformational Program provides residents the tools they need to overcome homelessness, addiction or to transition successfully from prison.  The completion of 21 transitional apartments will mean more individuals than ever before will have a place to receive the support they need during a critical point of their lives.

With the help of The Ark Dothan, residents are able to obtain their General Education Diploma (GED), attend college or vocational school, get their driver’s license, obtain a job, and learn budgeting basics in addition to other life skills.  In addition to the Transformational Program, their Food Bank feeds more than 3,000 Wiregrass families annually and serve more than 12,000 sack lunches each year to anyone in need of a meal. The Ark Dothan is funded through the sales of its Thrift Store along with the gifts of generous donors. 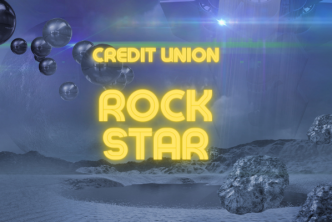 Are you a Credit Union Rock Star? 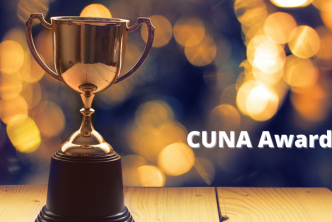 CUNA Awards – Get your nominations in today!