Achieva Credit Union in Dunedin, FL, announced Wednesday it has signed a definitive agreement to acquire Preferred Community Bank, a Florida state-chartered bank in Lee County with $118 million in assets. This purchase will bring Achieva’s total number of branches to 26 and total assets to $1.6 billion. Established in 2007, Preferred Community Bank has […]

Achieva Credit Union in Dunedin, FL, announced Wednesday it has signed a definitive agreement to acquire Preferred Community Bank, a Florida state-chartered bank in Lee County with $118 million in assets. This purchase will bring Achieva’s total number of branches to 26 and total assets to $1.6 billion.

Established in 2007, Preferred Community Bank has three branches in Fort Myers, Lehigh Acres, and Cape Coral. All three branches will continue to operate as branches of Achieva after the sale is finalized later this year.

Under the terms of the merger agreement this will be a whole bank acquisition. This transaction is expected to close later this year and is subject to customary closing conditions and Preferred Community Bank shareholder and regulatory approvals. Achieva and Preferred’s management teams say they expect the sale to move forward smoothly.

“This consolidation of complimentary services and products along with our entry into new markets makes this combination a strong strategic move for Achieva. Along with all of those positives, our corporate cultures are greatly aligned which is a key ingredient in any successful consolidation”, said Achieva CEO Gary Regoli. “Additionally, we already have a presence in the Lee County community with three branches, and we are excited about becoming an even stronger part of this vibrant community.”

Three years ago, Achieva made national news by being the first credit union in America to acquire a bank in whole, with the purchase of Calusa Bank. Since then several other credit union acquisitions of banks have occurred and Achieva has developed a consulting service, Achieva Merger Services, to provide its expertise to other credit unions and community banks.

Unlike banks, credit unions are cooperatives, owned and operated by the members they serve. At Achieva Credit Union, the board of directors is made up of Achieva members – all unpaid volunteers – who look out for the best interests of their fellow members and the long-term strategic viability of Achieva. Federally insured credit unions, like Achieva, are insured by the National Share Insurance Fund (NCUSIF) which backs deposits up to $250,000 with the full faith and credit of the United States government.

“We are very proud of the dedicated team of bankers and valued clients that we have built at Preferred Community Bank and we are looking forward to our partnership with Achieva. This exciting combination will continue to support and expand our highly personalized service with even more products and services” said Brenda O’Neil, Chairman and CEO of Preferred. 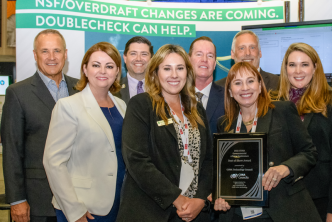 Breaking Barriers in 2022: Roadmap to Growing Your Credit Union’s Financial Advisor Team in the Age of the Great Resignation