Of note in the bill is that the Senate has kept the same amount of funding for the CDFI Fund as in 2017, $248M. This is a welcomed surprise, as industry experts expected it to take a haircut.

“The programs and agencies included in this bill play an important role in promoting the American economy.  This mark puts the Senate in a position to find consensus on policies and funding to improve their overall operation,” said Appropriations Committee Chairman Thad Cochran (R-Miss.).  “I am grateful for the hard work Senator Capito and her subcommittee put into this measure.”

“In my first year as chair of the Financial Services and General Government Subcommittee, I have worked to produce a funding measure that promotes fiscal responsibility and encourages government efficiency and innovation.  This has been a careful and deliberative process, and I look forward to working with colleagues in the Senate and House to reach an agreement on funding priorities,” said U.S. Senator Shelley Moore Capito (R-W.Va.), chairman of the Senate Financial Services and General Government Appropriations Subcommittee.  “Importantly, this bill promotes rural broadband expansion through the FCC and increases critical resources to combat the opioid epidemic through federal drug programs.”

The explanatory statement is available here.

Treasury Departmental Offices – $347 million for departmental offices within the U.S. Department of the Treasury, including $123 million for the Office of Terrorism and Financial Intelligence, which combats terrorism financing and administers economic and trade sanctions through its Office of Foreign Assets Control.

In addition, to ensure accountability and transparency, the bill includes:

Executive Office of the President (EOP) – $704 million for EOP, which is $8 million above the FY2017 enacted level.  The bill denies proposed cuts of $20 million to drug control efforts, including the High Intensity Drug Trafficking Areas (HIDTA) and Drug-Free Communities (DFC) programs.  The bill instead increases HIDTA funding to $270 million to combat heroin and prescription opioid abuse and provides $99 million for the DFC program.

Judiciary – $7.0 billion for the federal judiciary, an increase of $260 million above the FY2017 enacted level.  This will provide sufficient funding for federal court activities, including timely and efficient processing of federal cases, court security, and supervision of offenders and defendants.

General Services Administration (GSA) – The bill allows GSA to spend $7.8 billion out of the Federal Buildings Fund.  This level will provide funding for rent payments for privately-owned office space leased by the government, and operations and maintenance costs for buildings owned by federal government agencies across the nation.

Securities and Exchange Commission (SEC) – $1.8 billion for the SEC, which is equal to the FY2018 budget request and includes $245 million for SEC’s potential headquarters relocation.  The bill targets funding toward economic analysis within the Division of Economic and Risk Analysis and critical information technology initiatives.

Commodity Futures Trading Commission (CFTC) – $250 million for the CFTC, which is equal to the FY2017 enacted level.

Federal Communications Commission (FCC) – $322 million for the FCC, which is equal to the FY2018 budget request.

Other Legislative Provisions – The legislation contains several policy provisions, including: 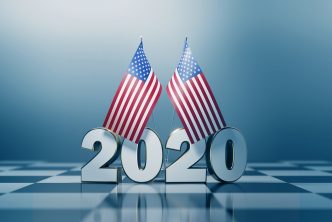 What will the election results mean for credit unions?