Baldwin spent his entire credit union career – more than 30 years – as the leader of San Antonio Citizens Federal Credit Union. During that time, he’s expanded the institution from:

During his more than 30 years at the helm of San Antonio Citizens FCU, Baldwin became a mainstay in the industry. Baldwin proved himself a leader in the field by with the the Tampa Chapter of Credit Unions Board as president, vice president, treasurer, secretary and on the board’s Governmental Affairs Committee from 1991 until 2006. He was also a member of Florida Credit Union League Board’s Governmental Affairs Committee from 2000 until 2009.  He attended countless state and federal Government Affairs Conventions. His advocacy efforts also included fighting hard for the passage of credit union beneficial HR 1151 and attended the signing in Washington, D.C.

Baldwin lived the credit union philosophy of people helping people by working tirelessly in his community. Recently, he mentored a local child from 8th grade until his graduation, making a significant impact on the young man’s life. Baldwin has also served his community in the following ways:

“Tim once said, ‘If you can’t be true to yourself, you can be true to no one.’ It’s clear that’s how he’s operated both in his professional and his personal life,” said Jared Ross, president of LSCU. “Tim’s distinguished career represents a prime example for those of us working in the industry today. We should all strive for his level of dedication, service and compassion. On behalf of the League, I am so proud to honor Tim with this prestigious award. 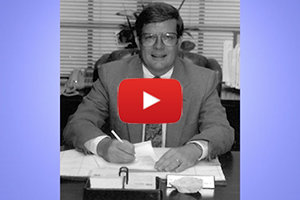 Thank you for celebrating all of the 2019 LSCU Award winners with us this week. For a recap and to see the individual awards videos, please click here. Feel free to share!

InfoSight Is not just for compliance staff