Orange-clad employees of Avadian Credit Union spent the week of April 28 bringing delight to people around the state. Armed with gift cards, breakfast and bottles of water, 96 Avadian employees participated in 45 separate Impact Week events, including the following:

“It’s so rewarding to get out in the community and put smiles on a few faces,” said CEO Linda Cencula. “We love being a part of local events and festivals, but this gives us a better opportunity to connect with people one-on-one.”

Brian E. Wolfburg, president/CEO of VyStar Credit Union, announced that Ralph R. Story is retiring, effective May 31, from VyStar Credit Union’s Board of Directors after 56 years of service. During his tenure, Ralph served in several key roles on the credit union’s board. In 2015, VyStar’s Service Center in Orange Park was dedicated and renamed the Story Center in honor of Ralph’s years of dedicated service and commitment to the credit union.

Brian said, “Ralph joined VyStar (formally Jax Navy Federal) when the credit union had $27 million in assets and 31,624 members. With Ralph’s support and guidance, VyStar has grown to over $8.6 billion and 655,000 members. We greatly appreciate Ralph’s diligent service and the contribution he has made to VyStar’s success.”

Ralph served 12 years active duty and reserves for the U.S. Navy and retired from NADEP Jacksonville after 36 years. He has also consistently worked on behalf of the credit union movement, earning recognition from the Florida Credit Union League (23 years of service), Credit Union National Association (15 years), the Defense Credit Union Council (13 years), National Credit Union Foundation (three years), and the Armed Forces Financial Network (AFFN) for the work he has done while serving on their boards.

Members and employees of Family Security Credit Union gathered recently for a celebratory ribbon cutting to mark the opening of its new location in Madison, AL, at 8230 Madison Blvd. The Muscle Shoals branch also moved to a new location recently at 2015 Avalon Avenue. 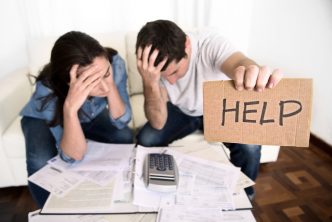