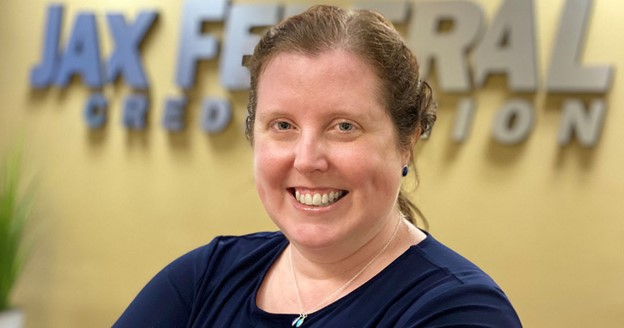 In April, a new system debuted that enables members to manage all their accounts, including credit cards, through the JAXFCU website or in a single mobile app. In one view, which is consistent regardless of whether they are online or in the app, members can conduct financial tasks and track spending and goals.

Behind the tech is the hard work of Jill Thomas-Aviles, vice president of operations and digital strategy for the $535 million asset Jacksonville, Fla., credit union.

“She’s been at the helm of instituting every significant digital system at JAXFCU since 2000,” says Chief Marketing Officer Angie Coleman.

Thomas-Aviles came to guide JAXFCU’s digital presence simply by volunteering for the post.

Thomas-Aviles has worked in nearly every area of the credit union. A self-described “geek,” she was online a lot during her spare time and, by 2003, could see that what was then called “home banking” would become a business imperative for the credit union.

“I wrote a proposal on how we needed to figure this out and see what it could be,” she recalls.

“Her leadership skills have positioned JAXFCU to keep pace with the 21st century,” Coleman says, “and, she also has enabled the organization to lead the way.”

Thomas-Aviles attributes her success to advice from her mother, which she imparts to her two sons: Dedication, knowledge, and hand-raising are career elixirs.

That combined with her “awesome team” enabled Thomas-Aviles to finesse tech innovations for JAXFCU, even when circumstances conspired against her.

She spearheaded a debit card conversion last summer, for instance, which would result in JAXFCU’s ATMs becoming wireless, a necessary precaution for reliable service given Jacksonville’s hurricane and storm risks. The conversion coincided with a change in card processors. To pull off such a complex change, “normally your vendors come to your location,” Thomas-Aviles says.

However, due to the pandemic, vendors participated remotely—a difficult situation in itself. Then, 10 days before the system went live, the team was quickly forced to work from home.

Despite these challenges, the team pulled through with a detailed project plan, Thomas-Aviles says.

To stay ahead of tech innovations, she asks JAXFCU staff to report which services members like, which ones they’ve found problematic, and which enhancements they’d welcome.

With this insight, Thomas-Aviles will continue leading JAXFCU into the future.